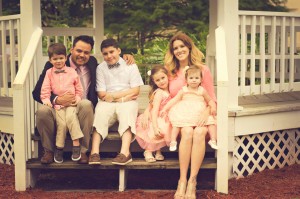 Welcome to iweardentures.com, a resource for current and potential denture wearers!

My name is Kristi, also known as Kalinjax on YouTube. I have been a denture wearer since December of 2010.

At the age of 26, I had all of my teeth extracted due to severe tooth decay and received temporary dentures. Shortly after, I began documenting my experience on YouTube.

A little bit about me:
After many years of feeling isolated and ashamed of my teeth, I decided to do something about it. After receiving my dentures, I felt as though I had a new lease on life. I made a conscious decision to not let this drastic change get me down. I wanted to share my enthusiasm with others so that hopefully, I could provide personal support for those going through something I knew all too well.
I sincerely feel that life is what you make it. Many of us are faced with challenges we didn’t want or ask for. At times it can seem as though we are singled out and dealt a bad hand. It’s easy to get discouraged in circumstances such as losing your teeth.
After years of going through cycles of depression and anxiety over my teeth, I realized that my quality of life had suffered tremendously, and that I had to take charge. I could not let these circumstance, no matter how unfortunate, dictate my happiness. I vowed to take a problem/solution approach. If I encountered a problem, I diligently sought a solution. I did not dwell on the why me’s and the what ifs’. Some popular song lyrics were really the key to success for me: Accentuate the positive, eliminate the negative, latch on to the affirmative, don’t mess with Mister In-Between.
Why are you so public about your situation?
There once was a time that I would clam up the moment “teeth” were brought into a conversation. I spent most of my time in hidingâ€”hiding my innermost fears and sadness, hiding my smile, hiding my problems. I felt as though I was prisoner to my teeth. I avoided many things that I would have enjoyed. I developed an attitude to accommodate my inner turmoil. If I didn’t want to smile, all I had to do was pretend I was mad, or not enjoying myself. When you spend years of your life pretending to be someone you are not, you start to believe it.
When I decided my teeth had to go, I decided my attitude, my whole mentality, had to go with them. If I was going to truly be happy, I had to release all of the secrecy that I had spent years accumulating. What really helped me through this was being as open as possible about it. I couldn’t hide anymore, that’s not who I really was as a person, it’s who I became and I didn’t want to live like that anymore.
In releasing all of those negative emotions, I realized I was helping far more people than myself. I once felt that I was a rare case but in opening up in such a public forum, I realized that there are thousands of people who felt the same fears I did. If I could provide insight or support to others who are faced with this journey, I felt that my experience was not in vain. I would hate to think I wasted almost a decade of my life, living in sadness for nothing.
I am of the strong belief that everything happens for a reason. I feel that I was faced with this challenge so that I could open up and share it with others, so hopefully they wouldn’t feel as alone as I once did. No one should ever have to feel like that. I want to help people. That’s why I am so public about this.
Read my story on DentalTown.